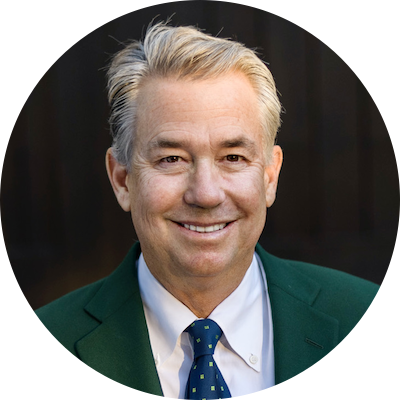 Nathaniel Patrick Crosby won the 1981 U.S. Amateur and played on the winning 1982 Eisenhower Trophy and 1983 Walker Cup teams. He turned professional but was later reinstated as an amateur. Crosby was born and raised in Hillsborough, California. He was the third and final child between Bing Crosby and actress Kathryn Grant. Although his father was a showbiz celebrity he was, in Nathaniel's words, "determined that we didn't grow up to be Hollywood brats." The family lived hundreds of miles from Los Angeles, in northern California, and Bing instilled a strong work ethic in his children. In the summer Nathaniel and his siblings worked sunup 'til sundown baling alfalfa and vaccinating cattle on the family ranch. Crosby stated later in life in his memoir 18 Holes with Bing, "I always longed for summer to end so I could go back to school." He had a cool relationship with his father and got into golf as a way to connect with his dad (who was a golf fanatic). Crosby states, “I learned golf so that I could spend more time with him." Crosby largely learned golf from the family's Irish nanny, Bridget. Bridget was also a pro golfer. Crosby won the club championship at the family's country club, Burlingame Country Club, at the age of 15. His father stated after the victory, "Today is the happiest day of my life." Crosby attended Burlingame High School and was on the golf team.

Crosby performed with his father, mother, brother, and sister in several Christmas television shows and at the London Palladium in 1976. He starred along with the rest of his family in the 1970 television musical Goldilocks. Crosby stated that he was embarrassed to perform in the Christmas specials as he was not a natural performer.

Crosby attended the University of Miami and played for the golf team. During college he qualified for the 1981 U.S. Amateur held at The Olympic Club in San Francisco, not far from where he grew up. He shockingly won the event; at the age of 19 he was the 3rd youngest winner ever. Crosby defeated future PGA Tour pro Willie Wood in the semifinal and then 24-year-old engineer Brian Lindley in the final. The win qualified him for the 1982 U.S. Open, again held at another local northern California course, Pebble Beach. Crosby shot an opening round 77 and then quadrupled-bogeyed the par-5 14th hole on Friday putting him in danger of missing the cut. However, he shot −1 for the rest of the round to make the cut by two. He would shoot 76-77 on the weekend to finish at 303 (+15) and in solo 59th place. He was low amateur, besting future PGA Tour pro Corey Pavin by a shot. Also in 1982 Crosby won the Porter Cup, an elite medal-play event for amateurs. Most recent champions of the event – like Ben Crenshaw, John Cook, and Scott Simpson – had gone on to win on the PGA Tour, so the victory certainly boded well for Crosby. He also played on the victorious 1982 Eisenhower Trophy and 1983 Walker Cup teams.

After graduating from college, Crosby turned professional in 1984. He failed to gain a place on the PGA Tour. In the 1980s the PGA Tour did not have a developmental tour so many young golfers in Crosby's situation played overseas. Crosby decided to play in Europe, qualifying for the European Tour before the 1985 season. He played full-time in Europe from 1985 to 1987. His best year was in 1985. He recorded a third place finish at the Portuguese Open, his only top-10 of the season. He would finish 87th on the Order of Merit and kept his card. His good play at the 1985 Portuguese Open would turn out to be the only top-10 of his European Tour career.

Crosby would quickly retire as a touring professional but would work as a golf industry executive for the remainder of his career. In 1988 he became president of the Tony Penna Golf Company, an equipment manufacturer, where he worked for 10 years. He then worked at Orlimar for 4 years, working as an executive at direct marketing. Since his experience at Orlimar he formed his own company to pursue high-end real estate and golf developments.

Crosby has intermittently been involved in notable golf events since his retirement as a full-time touring professional. He regained his amateur status in 1994, initially in order to play in the AT&T Pebble Beach National Pro-Am, the tournament founded by his father. In 2007 he played in the Porter Cup, the site of one of his greatest triumphs as a junior golfer. He also attempted to qualify for the 2007 U.S Amateur. The event was held at San Francisco's Olympic Club for the first time since his 1981 victory. Crosby captained the American Walker Cup teams to victory at Royal Liverpool Golf Club in 2019 and Seminole Golf Club 2021.

Crosby was inducted into the University of Miami Sports Hall of Fame in 2005. 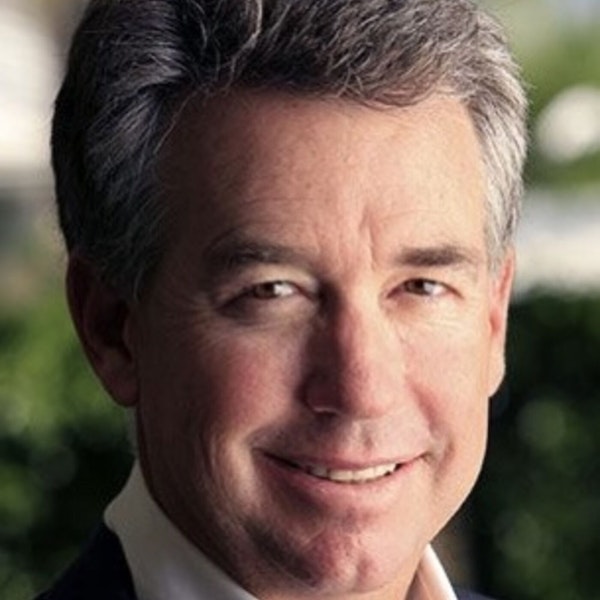